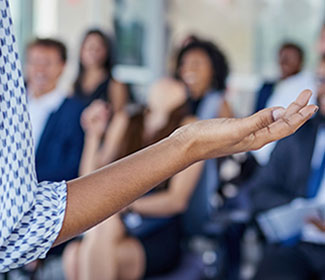 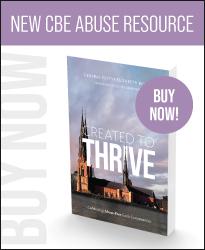 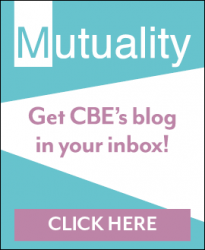 Editor’s Note: This article is one of a nine-part series on difficult Bible passages entitled “What to Say When…”

These troubling verses form, for many, the foundation of the case for women’s submission to men and against the legitimacy of women’s preaching and teaching in church and/or to men. Though it would appear those opposed to women’s equality in the church have the upper hand in interpreting “problem passages” like 1 Timothy, egalitarians are actually better equipped to explain why Paul, normally a strong supporter of his female ministry colleagues, would seemingly prohibit those same coworkers from carrying out gospel work. So the next time someone cites 1 Timothy to obstruct women’s gifts and leadership, here’s what you can say:

The Purpose of 1 Timothy

The major crisis in 1 Timothy is false teaching. This takes up most of the content of the letter, and 1:3 says that Paul left Timothy in Ephesus to “command certain people” not to teach falsely or continue in “myths and endless genealogies.” Some people have “turned to meaningless talk.” They want to be teachers, “but they do not know what they are talking about” (1:7).

So, what is false teaching? We know not all the apostles had exactly the same ideas. We also know that Paul didn’t want people fighting about less central ideas, because his primary concern was that the “one faith” be preached (1 Cor. 1:12-13). That means that the “false teachings” referenced here were outside the bounds of Christianity.

The Artemis Cult and Other False Teachings

Artemis of the Ephesians (see Acts 19) was the goddess who kept women safe in childbirth (2:15). If she wasn’t appeased, many Ephesians believed mother or baby would die. In Ephesus, Artemis worship was everywhere. There was an extraordinary temple to her there. Her cult was so deep in the Ephesian worldview that it would have been terrifying for women to give birth without offering sacrifices. The easiest way to soothe this fear would’ve been for women to continue worshipping Artemis on the side. They might’ve also brought elements of Artemis worship into Jesus worship.2

Further, some of the church fathers believed that an early form of Gnosticism was being taught at Ephesus. Later on, Gnosticism was a widespread heresy that preached “endless genealogies” of demigods and demons (1:4). It also taught that salvation came through “secret knowledge” (gnosis).

The Gnostics liked Eve because, as they saw it, she wanted to gain wisdom by eating the forbidden fruit. Sometimes, she took on a mysterious power as the spiritual Feminine. In some Gnostic creation myths, Eve was created first. According to church father Irenaeus, Gnostics taught that Eve brought “what is falsely called knowledge” (1 Tim 6:20-21) into the world.3

This context is crucial to interpreting this passage as modern believers. Knowing that Ephesian Christians were receiving false teaching, perhaps especially from women who would benefit from Eve’s high status, helps to explain why Paul is so concerned about how women were leading and teaching in church. Now, let’s look at Paul’s message to women within this context:

This command isn’t specifically related to false teachings in Ephesus, but it underscores how Paul is, again, chiefly concerned with behavior that divides or disrupts. Women, like men, should not be showing off their wealth. Elaborate hairstyles meant you had servants to do your hair, and hours of free time every morning for them to do it.

First of all, a woman learning anything in this culture is noteworthy. Women were generally thought to be intellectually weak and not capable of real learning or virtue. Paul’s desire that women learn is unusual, but consistent with Jesus’ example. This statement also indicates that the women needed teaching. Uneducated people (as these women certainly would have been) would need some education before they were able to expound the Scripture.

Chapter 5 speaks of women going around “talking nonsense,” some of whom had “turned away to follow Satan.” It’s likely, then, that they were spreading false teaching. Since the Artemis cult was so pervasive here, syncretism—blending beliefs from multiple religions—would probably occur most among the people who stood to lose the most by abandoning Artemis worship. It makes sense that women would be frightened enough of dying from childbirth unprotected by the goddess that they would teach syncretic ideas.

Hesuchia—translated “silence”—doesn’t mean saying nothing (that word is sigato). It is better rendered “calmness” or “stillness.” Naturally, a person who is learning ought to be teachable—calm and submissive. This detail isn’t specific to women, it’s an expectation we might have for all learners.

The word authentein, which appears only here in the New Testament, is usually translated “exercise authority.” However, in later Greek writing, authentein is a harsh word that expresses dominance. It’s sometimes used for taking advantage of someone in a business deal, or for violence or murder. This, obviously, isn’t the type of “authority” that Jesus wants leaders to have (Mat. 20:25-28). When Paul speaks of legitimate authority in the church, he uses the term exousia.

The women at Ephesus might have been dominating men through their teaching. But again, it’s more likely that they were not allowed to teach because they were bringing Artemis worship into the church. Remember, Paul left Timothy in Ephesus to “command certain people not to teach false doctrines” (1 Tim. 1:3).

The situation in Ephesus is no reason for faithful women not to teach elsewhere. In fact, Paul tells Titus that the elder women in Crete should be “teachers of good.” In 1 Timothy, Paul was correcting a specific instance of false doctrine and ensuring that those responsible didn’t continue to teach. False teaching that spiritually privileged women might easily turn into domineering leadership—as we see with false teaching that spiritually privileges men.

The Woman Was Deceived and Became a Sinner (2:14)

As mentioned, Gnostic ideas about Eve (see “The Artemis Cult and Other False Teachings” above) were probably among the false doctrines women were promoting. Paul corrects this, reminding them that, in fact, Eve sinned in rebelling against God. Furthermore, in contradiction to the Gnostics, Adam was created first.

This is better translated “childbirth,” so some have thought it refers to Mary birthing Jesus. That would be rather unusual, however, both in Pauline thought and in the New Testament at large.

But “saved” doesn’t have to mean salvation, as modern-day Christians might understand it. Salvation is a concept that was attached to a word that already had a meaning. We already know Christianity asked Ephesian women to stop sacrificing to their protector—Artemis—during childbirth. It makes sense that they would find a new protector in the true God, who would keep them safe.

To Sum Up, What Should You Say?

More from the “What to Say…” series:

Tweet
PrevPreviousAm I Dust or Am I Daughter? A Woman Pastor’s Journey Toward Worth and Identity
NextWhat to Say When Someone Says Wives Should Submit to HusbandsNext